Indulge yourself with tracks by Gregor Salto

Gregor van Offeren (born 21 April 1976 in Haarlem, Netherlands), better known as Gregor Salto, is a Dutch DJ and record producer. Van Offeren began taking piano lessons when he was eight. After hearing the song “Can You Party” by Royal House, he was under the spell of house music. At the age of 14 he started making electronic music on his father’s Commodore Amiga. Along with school friend DJ Ernst he won a talent contest at his high school Stedelijk Gymnasium Haarlem. Using the talent show prize money along with borrowing some, Van Offeren and DJ Ernst bought their first equipment.

Van Offeren’s first songs were released in 1994 under Amsterdam-based Outland Records. Under the pseudonym Scuba he contributed a couple of songs on the Amsterdam-based label Fresh Fruit. After an internship at the distributor of the Spanish chill out record label Cafe Del Mar, Van Offeren founded, in late 2003, his own label, G-Rex Music. Other aliases he used are Luna Mora, Danny & Graxx and The Beachhouse Brothers.

Gregor Salto has now been a stable factor in the Dutch and international house and festival scene. His international breakthrough came with a remix on Mariah Carey’s album, called “You’re Mine”. ​ 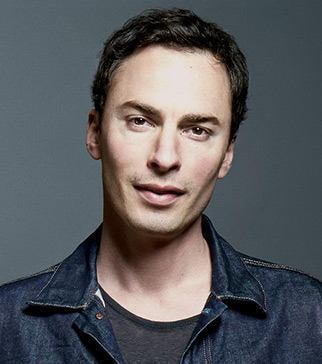