Enjoy these tracks by Deniz Koyu

The man behind hits ‘Tung’, ‘Hertz’, ‘Bong’, ‘Follow You’, and more, fell in love with music at age 5 when he discovered a piano. That eventually led to DJ and production hardware, second-hand synths, drum machines and dissecting the music of Depeche Mode, Daft Punk, Kraftwerk and others.

Fedde Le Grand snapped up Koyu’s early productions for Flamingo Recordings, followed by remixes for James Blunt’s ‘Dangerous’ and Kaskade’s and ‘Turn It Down’, staples in the sets of the biggest artists at clubs and festivals around the globe.

Huge remixes for artists including Zedd (‘Spectrum’), Digitalism, Miike Snow (‘Pretender’), David Guetta(‘Just One Last Time’), Krewella (‘Live For The Night’) and Fedde Le Grand (‘So Much Love’) established Koyu as one of the favorite ‘go-to guys’ for the A-list elite.

In 2016, Deniz introduced new sounds and genres releasing music under the alias KO:YU .His ‘alternative’ sounds, crossed over to dance and pop, earning new fans with new tracks ‘Trippy’, ‘Don’t Wait’ (feat Example) and ‘15 Sleeps’ released on prestigious labels including Sony and Tiësto’s Musical Freedom. He later collaborated with Nicky Romero on the groundbreaking track ‘Paradise’.

Remixes for Alesso, The Chainsmokers and Galantis, continued to build on his progressive house roots. Deniz Koyu is one of the most in-demand DJs to play on the world’s biggest stages at Tomorrowland, Ultra, Creamfields, ADE, international tours across Europe, USA and South East Asia. 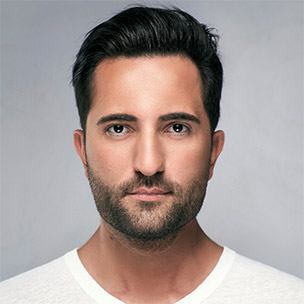